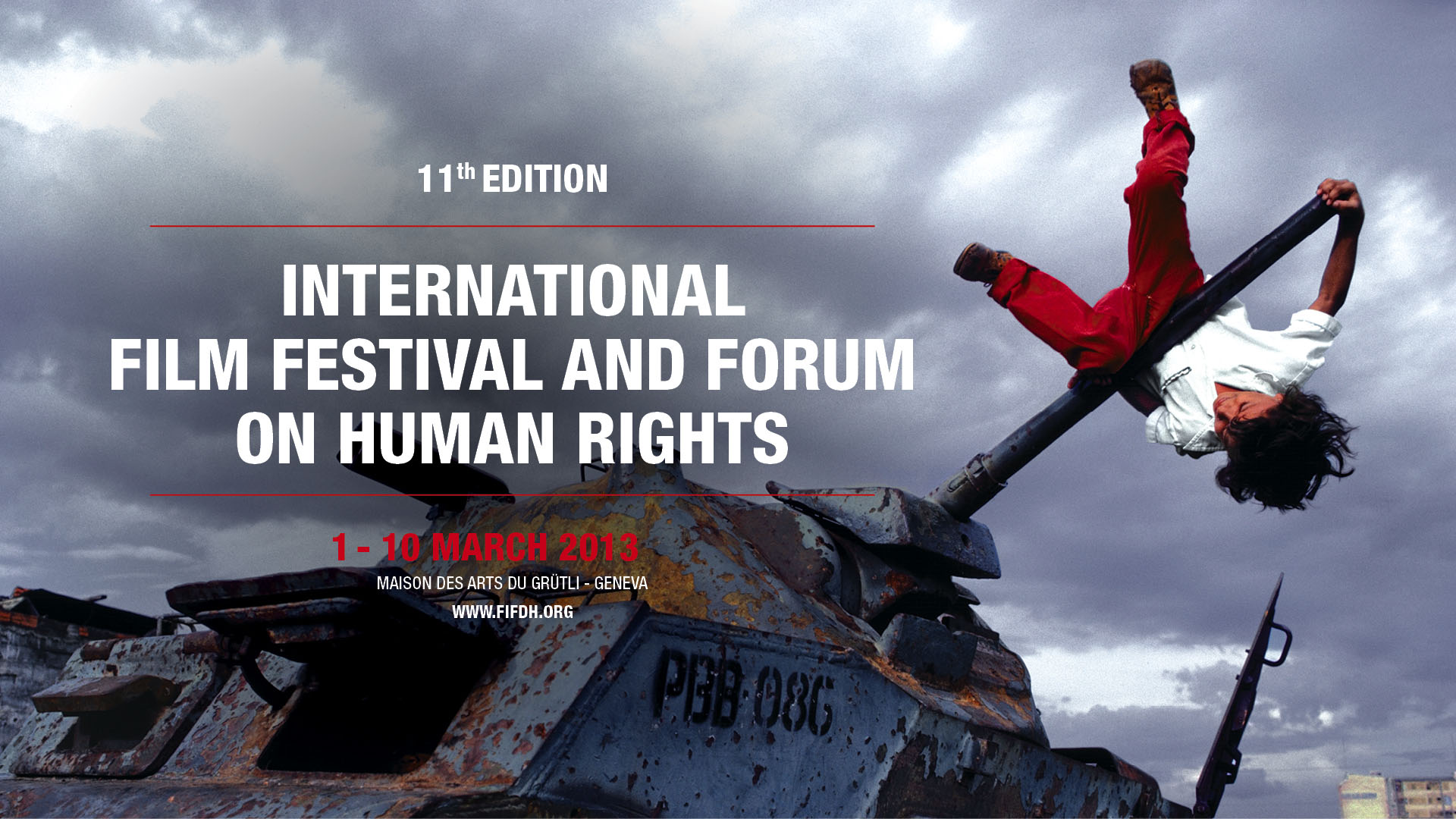 The International Film festival and Forum on Human Rights in Geneva is delighted to welcome Ai Weiwei as a member of its jury; denied a passport, he will participate in the festival from a distance. As an international symbol of art reduced to silence, this Chinese activist, blogger and visual artist will take the helm of an international film festival focusing on human rights for the first time.Ai Weiwei: never sorry
Ai Weiwei embodies art’s ability to defy crushing censorship. For the screening of Ai Weiwei : Never Sorry by Alison Klayman – a film that retraces the artist’s extraordinary itinerary – the FIFDH brings the main figures of Chinese dissidence to Geneva for an exceptional evening of encounters.

An open forum for human dignity vis-à-vis the UN. From 1-10 March 2013, Geneva
In its 11 years of existence, the FIFDH has carved out a unique place for itself. Screening films and organizing debates, rallying film-makers, politicians and key witnesses, the festival offers its support to artists and all those who risk their lives in defence of human rights. For its 11th edition, the FIFDH pays tribute to all the myriad forms of resistance. Defying taboos, it claims its place as a free and open forum vis-à-vis the UN Human Rights Council, composed of states that too often remain silent when human dignity is threatened.

Topical highlights
In Mali, France’s intervention has put a stop to violations by fundamentalist Islamist rebels, but lust for revenge threatens the Tuareg with other exactions. The Syrian regime continues its massacres and is being called to account before the International Court of Justice. Carla del Ponte broaches the dangers of impunity. Repression of artists, women and minorities are occurring in Tunisia. Central American countries where violence is raging are the focus of a special evening organized by cartoonist Patrick Chappatte. Putin’s Russia, with its unjust laws targeting human rights defenders, and the military dictatorship in Uzbekistan, will be brought into focus.Prestigious guests
Next to Ai Weiwei, the jury this year consists of Patrick Chappatte, Romain Goupil, and Syrian film star living in exile in Paris Fadwa Suleiman. A tribute is paid to a young Pakistani woman targeted by the Taliban, Malala Yousafzai. Other famous guests: Carla del Ponte, Géraldine Savary, Leila Chahid, Colonel Shaul Arieli, UN Human Rights High Commissioner Navanethem Pillay, as well as Riccardo Petrella, figurehead of the right to water and alternative globalization.For more information about the festival, that starts on 1 March 2013, please visit www.fifdh.org.

Teaser:
The International Film festival and Forum on Human Rights in Geneva is delighted to welcome Ai Weiwei as a member of its jury. Being denied a passport, this Chinese activist, blogger and visual artist will participate in the festival from a distance.