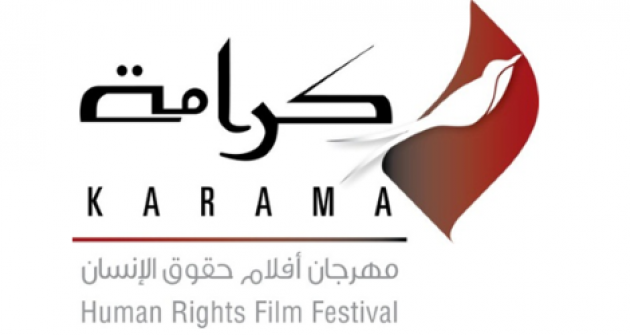 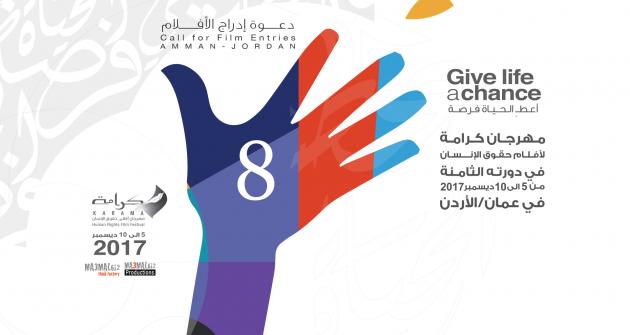 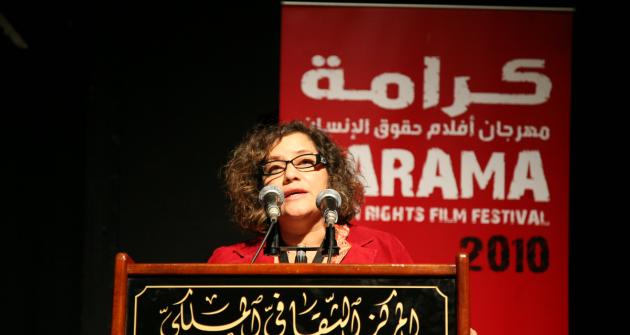 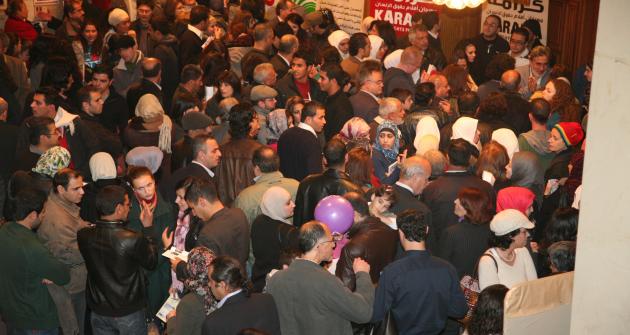 The Karama HRFF was established in June 2009, sensing the need for human rights dialogue and advocacy in the Arab region. The founding committee named Ma'mal 612 consists of Sawsan Darwaza, Ehab Khatib & Ayman Bardawil. The main theme for the KHRFF is human rights in general; children, women, refugees, political, economic, social and civic rights, and the role of films and culture in creating social and political change. Recent massive upheavals in the Arab region since the first edition (in 2010) have made it imperative to seek the exchange of expression, ideas, opinions and experiences on human rights issues across the region and the world. The festival’s core theme is human dignity (Karama is Arabic for dignity).

Along with the film festival Ma'mal 612 creates parallel human rights cultural events such as theatre, art exhibitions and music installations. In 2011 Karama initiated the Arab Network for Human Rights Films and has been functional as of 2015 under the name of ANHAR, and includes 9 members across the MENA region.

Additionally, the organization has launched an outreach program in schools and universities and has created an Arab Youth Forum. Karama branched out and helped in mounting festivals outside of Jordan, namely Karama Gaza Red Carpet Human rights film festival since 2015, Karama Mauritania HRFF in 2016 and Karama Beirut HRFF in Lebanon since 2016. Karama Yemen had its first edition in spring 2019. In Tunisia Karama - Human Screen Festival had editions in 2018 and 2019.